Bangladeshi student relieved to be on campus

For as long as he could remember, Saddam Arafat wanted to follow in the footsteps of his civil engineer father. After completing A-Levels, this Dhaka-born decided to enter Australia to pursue his passion for electrical engineering at Monash University.

However, there was one major problem: Arafat’s entry into year one coincided with the Australian travel ban at the height of the pandemic. Forced to start his undergraduate program entirely online, he had to adapt to being an international student without ever setting foot on campus.

Needless to say, the unorthodox start of Arafat’s study trip abroad certainly makes for an interesting story. Here, we catch up with him to learn more about his way into Australia.

Tell us a little bit about your background. What prompted you to pursue an electrical engineering degree?

Born and raised in Dhaka, I was there my whole life before I moved to Melbourne. I have even studied A-levels in Dhaka and for my undergraduate degree I am majoring in Electrical Systems Engineering and Computer Engineering at Monash University so it’s more like a double major.

From an early age, I was always curious about electronics, and I thought my father himself was one of the most important factors. He’s a civil engineer, and I’ve drawn my interest from him a lot. This is how my love for engineering grew.

In the end, I had to put more effort into my studies and get better in math and other courses. I’m actually on Monash International Leadership Scholarship, so I can get here.

What made you decide to pursue an undergraduate degree at Monash University?

For my Australian degree, I applied to about four universities, and they were all accepted. I knew I wanted to study in Melbourne for sure, because it is considered the Silicon Valley of Australia.

Although I was accepted into the University of Melbourne, they do not offer undergraduate level engineering courses. I wanted my degree in engineering from the beginning, that’s why I chose Monash, they were really generous to give me a good scholarship.

Can you tell us more about some of the challenges you faced before being allowed into Australia?

Everyone has a different opinion on this issue, but I have a logical approach to it. When I started my studies in 2020, I was able to accept it, because I knew we were going through a global pandemic. The borders started closing, and we had to contain the virus because we didn’t know anything about it. K Science student, I knew this was fundamentally important.

But eventually other countries like the US and Canada started opening their borders, however Australia was closed for about two years. As for me, I have completed about a year and a half of my courses entirely online. This is how dissatisfaction arose. Our friends who attended university after us, and who went to other countries, were able to travel to start their studies on campus. They finished their classes, while we were still stuck here.

Studying online is difficult. WWhen you study something practical like engineering or medicine, you need access to labs and other equipment. We didn’t have it, so we had to use the online simulation. I remember previous year students in civil engineering courses had to build bridges, and they did so with modular scale equipment. We literally had to make it with spaghetti and nuggets at home, so this was really our thing!

Melbourne, where Monash University’s main campus is located, was one of the cities hardest hit by COVID-19 at the height of the pandemic. Source: William West / AFP

I would also like to confirm that I come from Bangladesh. Usually, the infrastructure in South Asian countries does not support online learning. Although I was very fortunate with good access to computers and the Internet, I still struggled a lot, but I know others who have suffered more. There were people who had to put off their studies because they didn’t have the equipment to do the proper online courses, not because they weren’t skilled or able.

Also, the universities did not lower their tuition fees or offer scholarships. In fact, quite the opposite happened. A lot of my friends are still home, and that’s all we’re still struggling with. Other than that, the most important challenge was mental health. I think this topic gets avoided a lot at times. It doesn’t stay as calm as you’d expect when you do one and a half years of online courses.

I passed all my subjects with flying colors and made it to the Dean’s List. But I remember in the third act, even though I tried really hard and did really well, it wasn’t as good as I expected due to my mental health at the time. Even though I kept in shape, I wasn’t in a proper state of mind. I kept thinking about when the borders would reopen and the increased tuition fees.

Was there anything you did to help you deal with your mental health?

I am an open person – I like to make friends and learn more about people’s cultures, customs and personalities. Doing it online was difficult, so I became more active than I was before. I just texted people randomly and started talking to them, making good friends. This is how I found my current roommate, and there are also other friends I met with me here in Melbourne today.

What I found interesting is that while approaching new friends, it filled my thirst for invite. I was struggling psychologically due to Australian border restrictions, and wanted to do something for international students. I’ve talked to some of our seniors and campus leaders and have been inspired. They even asked me to run for the campus election, which I won, even though I was abroad.

After winning, I made sure to get more media coverage on the issue on a global scale. Most people in Australia were not aware that the situation was so difficult for students abroad. When I told my stories, people were really inspiring.

People need to understand that there are others who depend on universities for a better life, and that getting here is just a lifelong dream. Some study in Australia with their life savings, leaving their family and everything they love to get a professional degree. When you are restricted from that, it hurts.

How did you finally manage to enter Australia?

I remember waking up and seeing the news that Australia would open its borders on December 1, 2021, and we all had a glimmer of hope after nearly two years. I got excited and started my baggage and booked a flight for December 9, 2021.

Then the delay happened so we all had to reschedule our tickets. We lost a lot of money. I didn’t need to apply for waivers, but I did need to follow some steps. I got my tickets, my Subclass 500 visa, and my border passes. You also need a full vaccination. Arrived right after Christmas.

How are you settling in Melbourne so far? 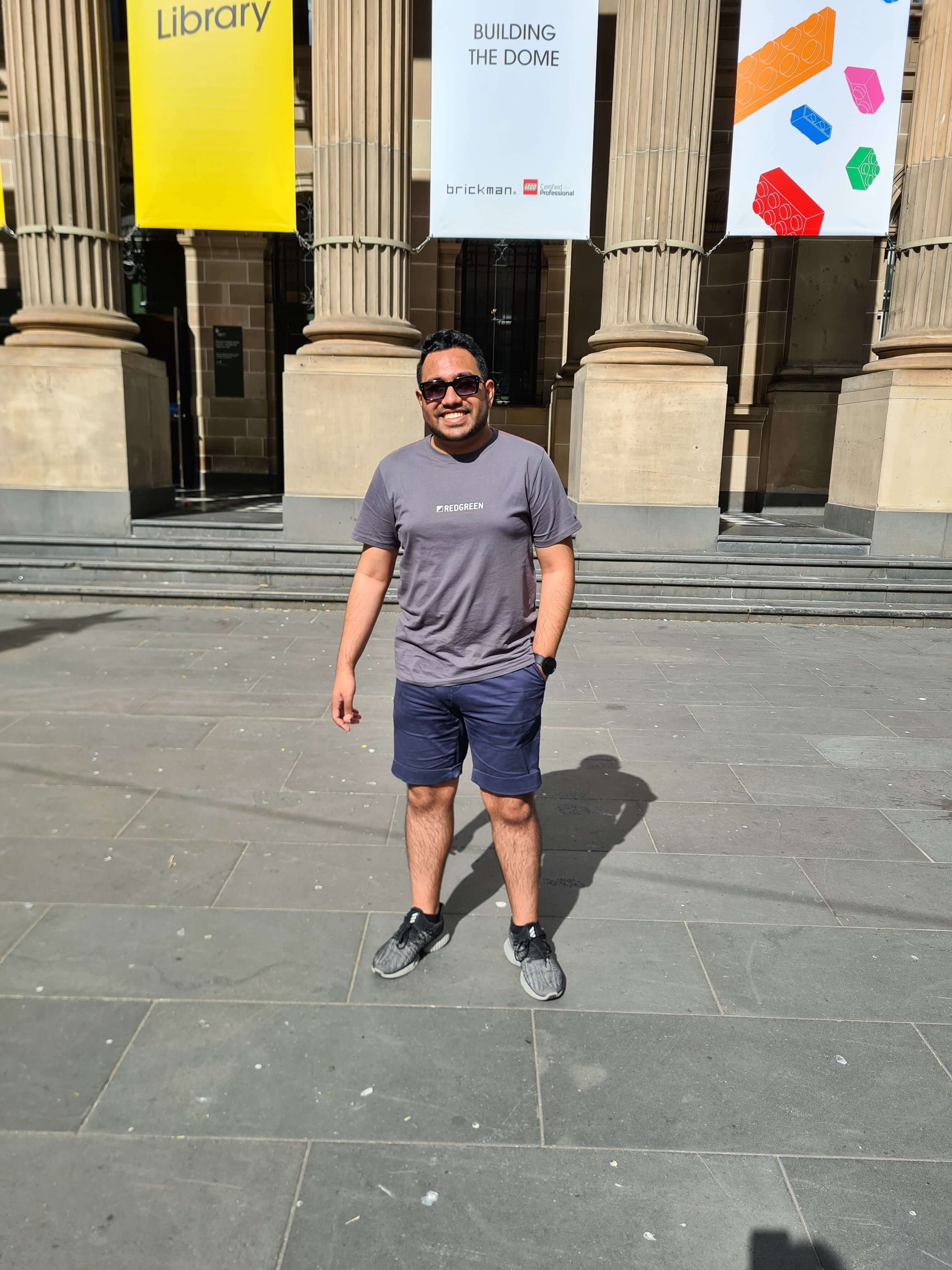 I’ve been a student at Monash University for two years, but just got my student card! I had to ask the little ones about the university buildings, as I didn’t know how to navigate my way around the campus. Melbourne is a really good country – its residents are friendly, and the city is very multicultural.

Now that you are in Melbourne, what are you planning to do or achieve?

My current goal is to become more active on campus, but I would like to continue my international student advocate for all students. That’s why I try to make my way through it. I am trying to focus more on my studies and getting a part time job.

What advice would you give to students wanting to come to Australia?

I think it is very important to research first what country you are going to and where you are going to study. For example, Melbourne is basically the capital of Victoria. It’s probably three times the size of mine. In the city, you will have the advantage of having more job opportunities, but at the same time, it will be more expensive.

It is easier to attend regional universities, it is also cheaper, but there are fewer jobs available. You also have to consider the weather, whether you can tolerate the cold climate, as it can affect your study experience.

For those stranded outside, just hang on. I know no one is listening. You feel isolated and lonely, but things will get better eventually. Make sure you spend more time with your loved ones. It will be hard to talk to your family when you are thousands of miles away, so count every second.

"We are building the world's...
Read more
Career Advice