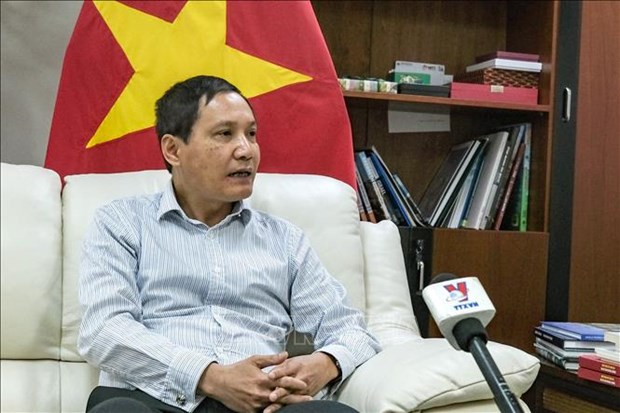 Tel Aviv (VNA) – The Vietnamese Embassy in Israel is working closely with local agencies to clarify the fate of a Vietnamese student, named Nguyen Hai Binhwho is believed to have died in Israel, said Ambassador Do Minh Hung.

A body thought to be Binh, who has been missing for the last six years, was found in the Neot HaKikar desert in the Arava region of Israel, along with identification documents and personal effects.

Hung told the Vietnam News Agency’s reporter in Tel Aviv on April 6 that over the past three years, he has continued to bring up the case during his working sessions with the Consular Department under the Ministry of Foreign Affairs, the Agency for International Development Cooperation under the Ministry of Foreign Affairs of Israel (MASHAV), and the Arava International Center for Agriculture Training (AICAT) where Binh studied.

After receiving information from Israeli police, the embassy is working on three matters: asking for final conclusion on whether the body is Binh or not; coordinating with relevant agencies to bring Binh’s body home following the wish of his family; and clarifying the insurance policy and compensation for the case, said Hung.

Regarding insurance, the Israeli side said that it will calculate the payout for Binh, he said.

Also on April 6, AICAT Director Hanni Arnon said that police had yet to formally identify the body, but will contact the Ministry of Foreign Affairs and police in Arava to ask for a verification report to serve as the foundation for an insurance settlement.

Binh, born in 1993, went to Israel on August 2, 2016, as part of an exchange program between the Ho Chi Minh City University of Agriculture and Forestry (HCMUAF) and the AICAT Center in Israel.

However, 45 days after he arrived in the Middle Eastern country, Binh went missing and lost contact with his friends and family.

A forensic examination is underway before an official announcement of Binh’s death is released./.