How reading and youth advocacy led to a Fulbright award

Who knew that passionate book blogging would open a wide world of opportunities? That was how Auzellea Kristin Mozihim’s journey into youth advocacy began — with a love of reading.

It was Mozihim’s piercing reflections on her readings in social media posts that would resonate with many youths in her country. Little did she know it then, her book blogging days would lead this public schoolteacher from Malaysia towards a Fulbright Teaching Excellence and Achievement Award (Fulbright TEA), where she’ll participate in a six-week program in Florida Gulf Coast University starting in January 2022.

Today, she is known as the co-founder of EducationMY, a website that platforms the voices of public school teachers in Malaysia to discuss critical issues on education. Mozihim also advocates for political education in schools, and has recently added the role of a published author to her resume.

We caught up with Mozihim ahead of her sojourn to Florida with educators from all over the world as a Fulbright award recipient.

Could you tell us a little bit about your background?

I grew up in Kota Kinabalu, the capital of the East Malaysian state of Sabah, but I teach English in a secondary school at Beluran. It’s in the interior region — you’ll need a boat to get there as it’s not easily accessible. I majored in Teaching English as a Second Language for my bachelor’s degree, and I’m currently pursuing a Master of Administrative Science degree.

You began as a book blogger before going into youth advocacy. How did the idea for blogging start?

I had a lot of free time after I finished my undergraduate degree, so I started to read. But I only read English novels then, as I had encountered them during my studies. We had literature modules every semester, so that’s how my love of reading and thinking critically about what I read began.

At first, it was hard to find books on the local political scene, but eventually I found a local bookshop that sells them online. I was actively book blogging on Instagram while reading on the Malaysian political scene, expressing my opinions on what was going on. I also began to read more about education, because I realised that as a teacher, I need to know what is currently developing in the field, not only in Malaysia but in other countries as well.

I didn’t want to waste my newfound knowledge, so I thought blogging was a great way to share my ideas.

Walk us through your involvement in youth advocacy groups in Malaysia, and your efforts to promote political literacy among youths.

Once I did book reviews, I wanted to contribute more, so I tried to join local NGOs. When the pandemic happened, Undi18 (a Malaysian youth movement that successfully advocated for constitutional reform to lower the voting age) organised the Digital Parliament programme, which was the world’s first-ever youth-led virtual parliament at the time.

I applied for the programme, and that’s how I got involved with advocacy. It gave me connections with other like-minded people. Before this, I couldn’t find anyone to share about my interests in politics and education. We had online debates, just like a session in parliament, but it felt real because we were talking about real-world issues even if it was done virtually.

One of the co-founders of EducationMY, Samuel Isaiah (another Malaysian teacher who won the Fulbright scholarship), approached me and asked if I’d like to write articles to ignite educational discourse and critical issues on education in the country. It was my passion, so of course, I said yes! Even though Samuel and I have never met face-to-face, he’s now one of my friends and mentors. We have a lot of online interactions, and I learned a lot from him and the people in the network.

What is your biggest realisation about the state of education in your country?

Before EducationMY, I realised there were no platforms for teachers to express their opinions collectively. There are many individual Facebook posts by teachers, but how about our collective voices? There were none available for public school teachers in Malaysia to see that they do have opinions, not just acting as policy implementers who don’t think critically about the state of education.

That’s why the articles on our website are about viewing different aspects of education. I believe many teachers have something to say, so that’s why the website is not just for members. We also open it to all public school teachers who wish to contribute, because it’s important to hear other viewpoints.

Why do you think it’s important for young people to be equipped with political literacy? What steps have you taken to incorporate them into your classroom?

Firstly, the minimum voting age has been lowered to 18 here. As a teacher who is not just a political youth activist, but who is also directly engaging with youths, I feel the need to do something so that students are not apathetic to current affairs. I don’t teach them about parliamentary processes or party politics — we focus more on issues on the ground that affect people, and I get my students to debate about them.

For example, there was an issue regarding bans on the sale of alcohol a while back, which was considered a sensitive topic. But if we stick to that mindset, we’re not encouraging young people to think about serious issues. We’re actually insulting their intelligence when we say that. With proper guidance, students can present their opinions very well — I’ve seen it with my own eyes. I just provide them with some information for research, and then the students debate about it in class.

Even though I may have different opinions from my students, I don’t dictate which one is right or wrong. I just want them to have an awareness of what’s going on.

Tell us more about your journey to get this Fulbright award. What made you decide to apply for it?

I decided to apply for the Fulbright award because I was all about grabbing opportunities. I didn’t want to experience any regret for not trying. I believe in taking opportunities, rather than saying, “Oh, I don’t deserve this,” because you’ll never know what’s going to happen.

Before this, I felt like I had sold myself short. ‘Try’ is the magic word here, so I went ahead and applied. I also received help from Samuel and another Fulbright alumni. They helped me with the applications and interview questions. We did some mock interviews, and if my answers weren’t suitable, they would suggest other things to say, so that was very helpful.

The application deadline was in April 2021, and in the months leading up to that, I wrote my personal statement. There were also prompt questions that I had to answer. I asked for opinions from past Fulbright scholars about my personal statement to see if I could improve it. There was only one round of interview, which was done virtually.

When you did get the announcement that you were selected for the award? How did you react to the news? 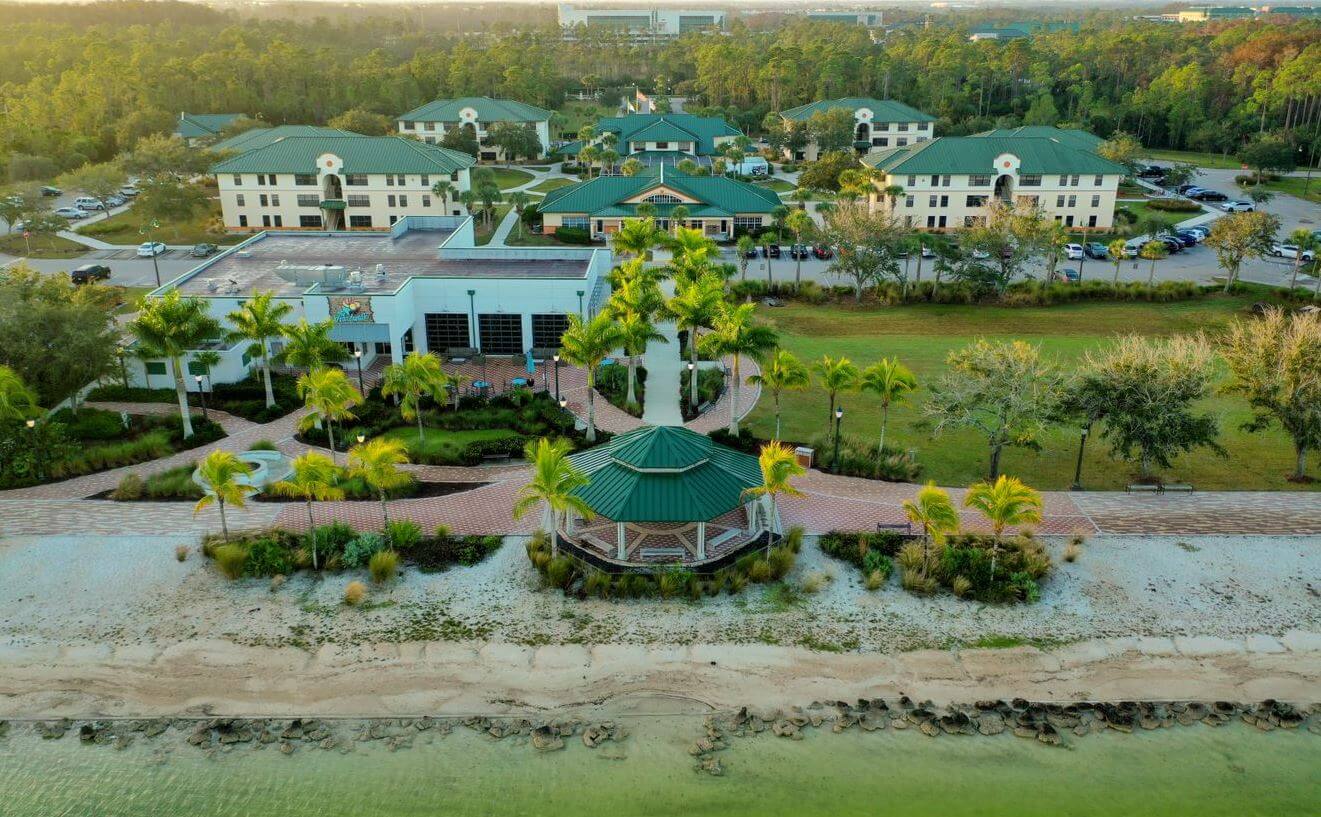 I think it was around August or September when I received the email. Before that, I got an email saying that I was their principal candidate, but it meant that my selection wasn’t confirmed yet. I had to take the TOEFL test first, and I received my confirmation later on after I submitted my results.

I didn’t expect it because there were many other strong applications. I was excited when I was named the principal candidate, but couldn’t tell others yet. I had doubts, but in my head, I told myself that I did deserve the award. I didn’t want to have impostor syndrome within me.

When I finally got the confirmation, I immediately Googled everything about Florida Gulf Coast University, the culture, and the weather there to prepare myself.

What do you hope to gain from your Fulbright experience?

I want to network with other teachers, and I’m already in a WhatsApp group with teachers from other countries in my cohort. I want to learn about their culture and education systems. We will be attending seminars, courses, and do a bit of modules in the programme. I hope to bring that knowledge back to Sabah, as I will also be transferring to another school in March. I want to share what I learn from the Fulbright program at the school and district level when I get back.

What advice would you give to anyone who is looking to study abroad and apply for a scholarship?

Try to balance academics, networking, and leadership. Focusing too much on academics will turn you into a lone wolf, and your social skills won’t improve. You need to learn how to network and lead. Even if you’re an introvert like me, you can definitely lead people. When I started book blogging, it was more of a reclusive activity, but I branched out and put myself out there so I can find a balance between both worlds.

Arts and entertainment...
Read more
How To Apply