Athena, JA. – Behind three yellow jackets in double figures, the Georgia Tech women’s basketball team beat Georgia No. 20/19 at Stegman Coliseum on Sunday 55-54. It was Georgia Tech’s second straight win in Athens and gave Ms. Bulldog her first loss of the season.

Tech (6-2) fell by as much as 11 points in the third quarter after Georgia (7-1) opened the tire with an 11-2 lead to lead 36-25. But The Jackets trimmed the result to one possession immediately in the fourth quarter. After the teams exchange baskets, Sarah Bates Drain a triple pointer to return the lead to Tech for the last time, 49-47, with 3:47 to play in fourth.

led two, Nerea Hermosa He hit a pair of clutch free throws with 8.8 on the clock, to set up a 55-51 result before Georgia’s Sarah Ashley Parker cut it to one, 55-54, with 4.5 seconds remaining. Georgia got one last shot, but it was far from the mark as the Yellow Vests claimed their second-ever win in Athens.

to start the game, Elijah Love He dominated the opening frame, losing nine points as the Yellow Vests took a 13-9 lead after the first ten minutes. But the Lady Bulldogs slowly fell back from their deficit and outdone technology in the second quarter to take a slight advantage 25-23 at the break. By securing eight rebounds in the first half, Lorella Cobag Joining the elite 1,000-career recovery club, he led the Jackets on the glass team that snatched the fight, 20-14, in the first 20 minutes.

Hermosa and Love led the two teams offensively, each scoring 14 points, while Kobage added 11 points to the scoreboard. Tech won the fight on the glass, 44-37, paced by 15 rebounds from Cubaj and eight from Hermosa. For the game, Tech shot 36.8 percent of the field. 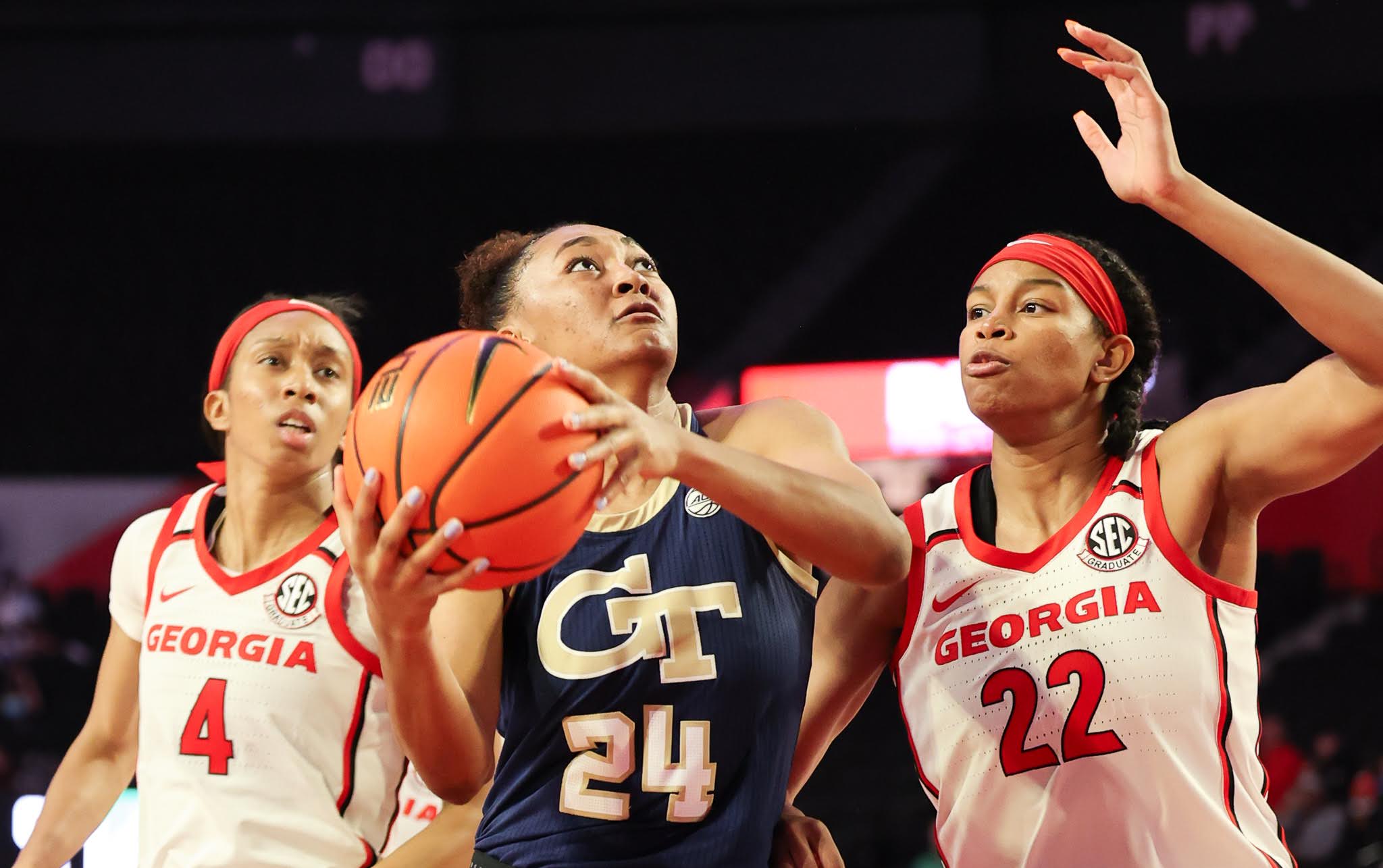 Georgia’s Keo Morrison led with 15 points and Gina Stetti with six rebounds. Lady Bulldogs shot 35.9 percent from the ground and was limited to 4 of 6 at the free throw line.

The Yellow Vests return to action on Thursday, December 9, welcoming player No. 2 Ocon at the Macamish stand. Tipping is set at 7 p.m. on ESPN2.