Since the pandemic began, stranded students have suffered from travel restrictions in Japan. They had challenges communicating with their own units, time zone differences and remote classes.

With the new Omicron variant, it looks like Japan won’t reopen its borders to international students anytime soon. this is not Good news for Filippo Pedretti from Italy.

He was to start a joint degree program between the University of Padua and Ca’ Foscari University in Venice, where he was selected to spend a semester at Chukyo University, Japan.

However, travel restrictions in Japan have canceled an entire year of study for Pedretti. Below we talk to him about his situation and his advice for international students:

What made you choose to pursue religious studies?

I have always been interested in the history and cultures of the world since I was a child. In my family’s house there were always books and some on Asian philosophies and religions.

During my late teenage years, my interest in religious studies grew after writing a small thesis on the subject in my high school finals. She then pursued a BA in Anthropology and Eastern Religions and Civilizations in Bologna.

“During my undergraduate studies, I focused my research on Japanese Rinzai Zen Buddhism. I had the opportunity to take exams in basic Japanese and Asian philosophies and religions.” Source: Filippo Pedretti

What made you choose to study in Japan?

During my undergraduate studies, I focused my research on Japanese Rinzai Zen Buddhism. I had the opportunity to take exams in basic Japanese and Asian philosophies and religions.

I wanted to deepen my knowledge of these topics in my postgraduate degree, so I chose a joint degree program that offers courses and the possibility to study in Japan. I was selected at Chukyo University for a semester abroad course that was to be held in the spring of 2021.

Then it was postponed to the fall and then moved to the spring of next year. Meanwhile, I won a scholarship at University of Padua to study at Waseda University, Japan, so I left my first semester program abroad.

What are some of the biggest obstacles you face with travel restrictions in Japan as a student?

In my case, Chukyo University had simply canceled the semester abroad program and moved it to the next semester. I had already finished my exams after graduation except for what I was supposed to study as an exchange student.

So, besides canceling an entire academic year, I also had to postpone my graduation. I spent most of this year finding other things to do.

I decided to take online classes in Japanese at a language school and paid for myself. When it comes to the future, I still live in uncertainty – I have no hope left for Waseda University’s exchange program next April.

I will study six days a week at night, online because of the time difference.

I have been actively supporting international students stranded outside Japan since the beginning of this year. I’ve spoken with reporters and I’m responsible for the Twitter page regarding this matter.

I’m also trying to reach out to institutions as much as I can and I think the most important thing to do now is to keep putting pressure on the government of Japan by raising our voices. It is also important to communicate our points to our embassies, which have remained silent despite the persistence of this situation for the past two years.

Of course, it is the government that ultimately decides the travel restrictions in Japan but embassies have a duty to use their institutional role to support us. Regarding the current travel ban, it seems to me that it is an excuse to ban foreigners again.

Many have questioned the seriousness of Japan’s travel restrictions along with anti-COVID-19 measures because they appear political. The ban has never prevented Japanese citizens from leaving the country.

There are no travel restrictions in Japan for Olympians, international artists, and Japanese nationals. 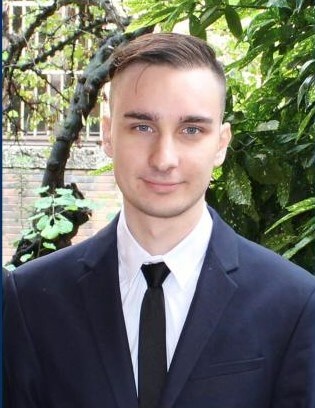 “So, besides canceling an entire school year, I also had to delay my graduation. I’ve spent most of this year finding other things to do,” he says. Source: Filippo Pedretti

Did your unit provide you with adequate support?

Both the undergraduate and Japanese units do not have much choice in this matter. Chukyo University simply had to move its exchange programs constantly every semester, and Waseda University only offered night classes online.

As far as my home university is concerned, the biggest problem is losing scholarship money if I don’t go to Japan. Since then, I have been forced to move my graduation date to the following year and pay an additional fee.

These excessive physical losses, as well as psychological and educational problems, were exhausting to deal with.

What is your backup plan?

I still hope to build my future research career in Japan since I invested a lot in my Japanese studies and research project. Since I had the opportunity to write for Canadian academic journals, I was also selected for an intensive program by Canadian Societies and Princeton University in 2020.

I could consider shifting my focus there for my future studies. I hope I don’t have to do this as it would mean setting up a different research project and admitting that I wasted time waiting for Japan’s travel restrictions to be lifted.

What would be your advice to international students who want to study in Japan?

For now, focus on something else. Japanese travel restrictions have ruined a wide range of people’s professional and educational lives. It also caused severe psychological and economic problems.

While our institutions are still promoting Japan as a welcoming country to fulfill one’s dreams, it should be clearly stated that it is one of the most unfriendly to foreigners at the moment.

As a love of Japanese culture, I really hope this situation gets better as soon as possible. However, for now, it breaks my heart to admit that I advise you not to study there.

‘We’re not going back’: Uvalde superintendent reaffirms no students will return to Robb Elementary after massacre

"We're not going back to that campus," Harrell said during a special meeting...
Read more

10 facts about religion and government in the U.S.

The First Amendment to the US Constitution says that the country shall have...
Read more
Career Advice

Previous articleKeatts ‘excited’ to finally be free from NCAA uncertainty – The North State Journal
Next articleScholarship Applications for 2022 iaedp™ Symposium Available Now Through December 31, 2021 | News
How To ApplyStudy AbroadCareer AdviceInfo