The hallways of Palatine High School transformed into something of an art gallery this month, thanks to the work of a unique club. Up and down the first and second floor corridors can be seen life-size silhouettes created by students themselves.

There are 40 silhouettes in all, each one filled with phrases that describe the student’s identity and power. They also include a QR code that allows the viewer to learn more about the artist.

Over the last two weeks, tour guides have taken groups of students down the hallway, describing the silhouettes and their role in carrying out the theme “See My Power.”


The artwork of some students at Palatine High School’s ABL Club (Advancement of Black Leaders) is on display in the hallway for Black History Month.
– Courtesy of District 211

The public art display is the work of members in the ABL Club, or Advancement of Black Leaders, in celebration of Black History Month. The club formed two years ago, but up until this year their efforts to share their stories have taken place over Zoom.

Already, administrators say, this year’s powerful display, or “art happening,” has caused a lot of interest — and conversation.

“If we want to create an inclusive environment, we have to create a space where conversations can take place — about who we are individually and collectively,” says Michael Smith, an assistant principal who co-moderates the club with Dr. Karena Robinson, a school psychologist. 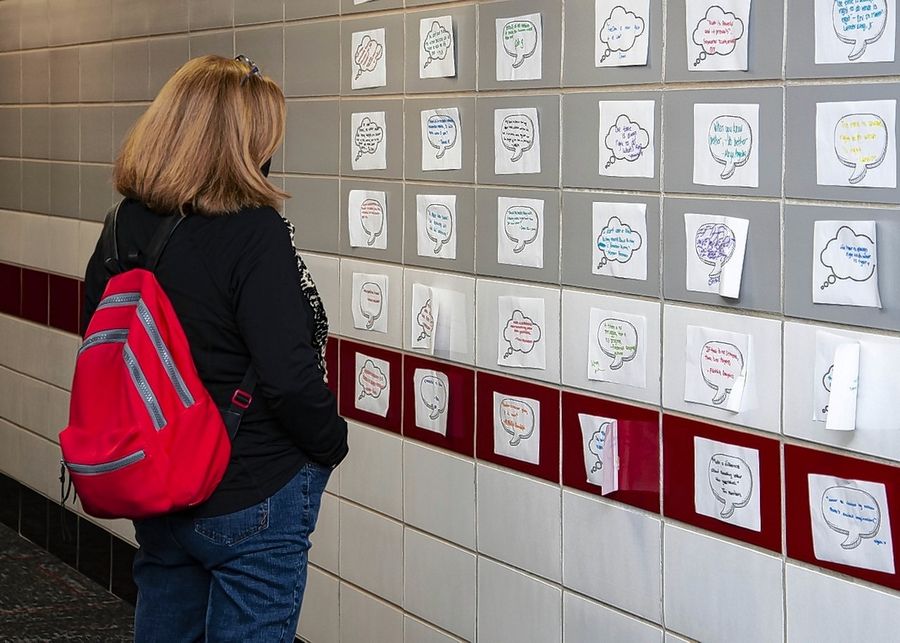 The ABL club’s display at Palatine High School includes an area marked as “The Power of Language,” filled with handwritten quotes from influential Black leaders, students and staff as a way to inspire each other.
– Courtesy of District 211

Simi Afonrinwo, a junior at Palatine and native of Nigeria, filled her silhouette with phrases that reflect her identity, such as African, sister, and over-thinker. But she also wanted to use the platform to bring to light the last words said by victims of police brutality.

Afonrinwo says being a part of the club has helped her speak up more and explore different cultures within the Black community.

“We’ve become a tight community,” she says of the ABL Club, “and we see the world through each other’s eyes.”

Amina Norfleet, who graduated in 2021, came up with the club as the result of her senior project, which she started in 2020. At its core, Norfleet wanted to create a place where Black students could feel supported, valued and where they could come together. 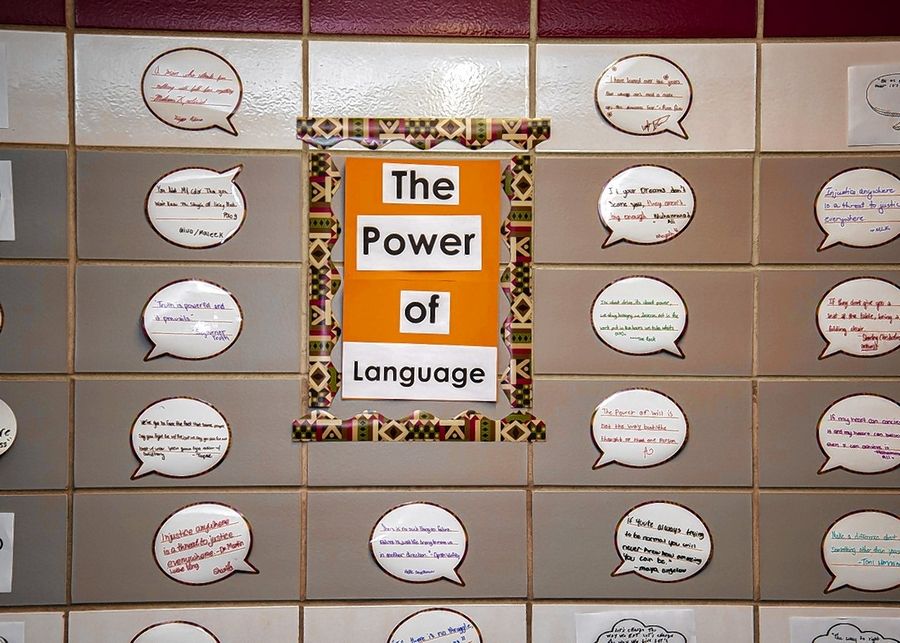 The ABL club’s display at Palatine High School includes an area marked as “The Power of Language,” filled with handwritten quotes from influential Black leaders, students and staff as a way to inspire each other.
– Courtesy of District 211

Naming it the Advancement of Black Leaders, administrators say, was intentional, and the result has been empowering and impactful for its members and the wider school community.

Last September, Robinson planted the seed for the art happening by leading club members through an examination of their own identities. She had students write down phrases that described who they were — and who they were not. She based their discussion off the book “This Book is Anti-Racist” by Tiffany Jewell.

Next, Kay Lange, an art teacher at Palatine, suggested the silhouette project to club members. She referred them to the work of contemporary artist Kara Walker, who uses silhouettes to “say a lot with very little information,” and artist Robert Rauschenberger. 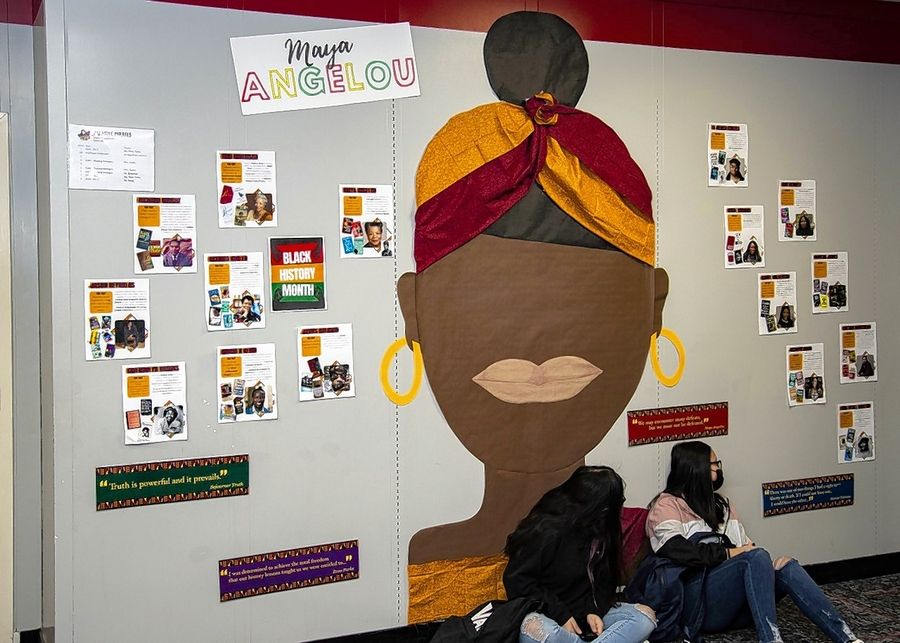 The artwork of some students at Palatine High School’s ABL Club (Advancement of Black Leaders) is on display in the hallway for Black History Month.
– Courtesy of District 211

Club members have done much more to celebrate the month — from posting handwritten notes of quotes on a wall they called the “Power of Language,” to T-shirt sales and a sweet potato pie bake-off. But the silhouettes have caused the most buzz.

Previous articleSUNY Morrisville to share info on agriculture with Spring on the Farm event Saturday
Next articleHoli: Festival of Colors to bring students together, celebrate arrival of spring
How To ApplyStudy AbroadCareer AdviceInfo