Picture the scene: you’re a young, fresh-eyed student on your first day at university. You’re buzzing with excitement — you’re in a completely new country away from your family and friends, and taking your first step as a young adult into the unknown, ready to experience everything life has to offer.

Still, there’s a part of you that’s thinking about your long-distance love. Unbidden, your thoughts drift towards your partner, who’s located in a different university and charting their own course into unknown territories at the exact moment. Part of you can’t wait for the day to end so that you can call them and listen to the familiar, soothing tones of their voice.

This is something Bangladeshi students Nabaa Zaynah and Waad Rabbani are familiar with. They were only nine when they first met at a family friend’s home. It was only when Zaynah moved away to Dubai for high school, however, that they began to develop a deep and long-lasting friendship — through Facebook.

This blossomed into a loving relationship once they turned sixteen. It lasted well beyond their university years, which saw Zaynah moving to the UK and Rabbani to the US, culminating in a joyous wedding celebration last December. However, their story is more unconventional than most: for nine years, they lived apart.

Zaynah and Rabbani at their wedding day. Source: Nabaa Zaynah

“This is the longest we’ve ever spent time together,” Zaynah reveals. She looks at Rabbani as they speak to me from their shared apartment in New York, where he now works. “It’s been almost two months, now — yeah, this is the longest, at a stretch.” Their smiles are radiant, even over a computer screen; It’s clear that they’re both incredibly happy to finally be together.

The challenges of LDR

International students, in particular, often find themselves in this scenario. Some meet their partners at university and are later separated upon returning to their home countries for work. Others may have already found their other halves, but find themselves oceans apart as they pursue their education in separate countries, counting down the days when they’d be able to meet again.

Zaynah and Rabbani admit that navigating their long distance love was challenging, especially as students. “It’s all about the sacrifices, because when we were studying there would be no contact,” recalls Rabbani. “For example, when we had exams or deadlines. We prioritised our studies a lot.” 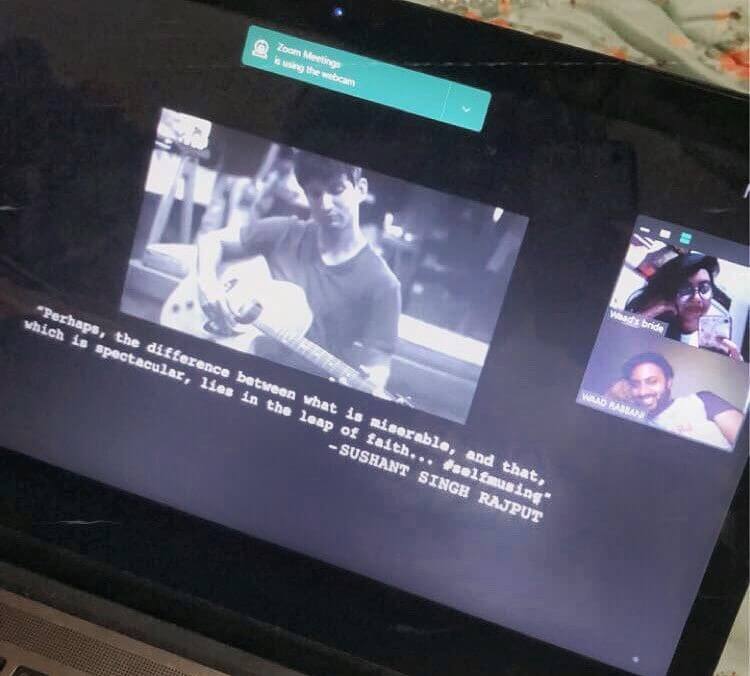 Outside of their studies, Zaynah and Rabbani admitted to many other challenges. “I think, as a student, there’s a lot of temptation,” Zaynah shares. “You’re surrounded by young people, more than you’ll ever be at any other stage in your life. And when you’re in a long distance relationship, the first thing that people get hung up on is the issue of trust and loyalty.”

Their solution? A constant stream of communication. “As cheesy as it sounds, you have to speak to each other,” says Zaynah. “Because that’s the only way your relationship is going to last. We’d talk whenever we could and we’d keep each other updated on everything we were doing, like sending good morning texts and telling the other what you’re up to, so that they feel included as part of your day.”

Malaysian couple Alyssa Johaan and Ashwyn Azlan went through a similar ordeal. They were high school sweethearts, having met through a school musical they were both involved in, and enjoyed significant milestones together — prom, graduation, and first love. When Azlan turned eighteen, however, he left to pursue his studies in Australia. Johaan, by contrast, set off to the UK — making for a hefty eleven hour time difference. They kept this going for the better part of eight years. 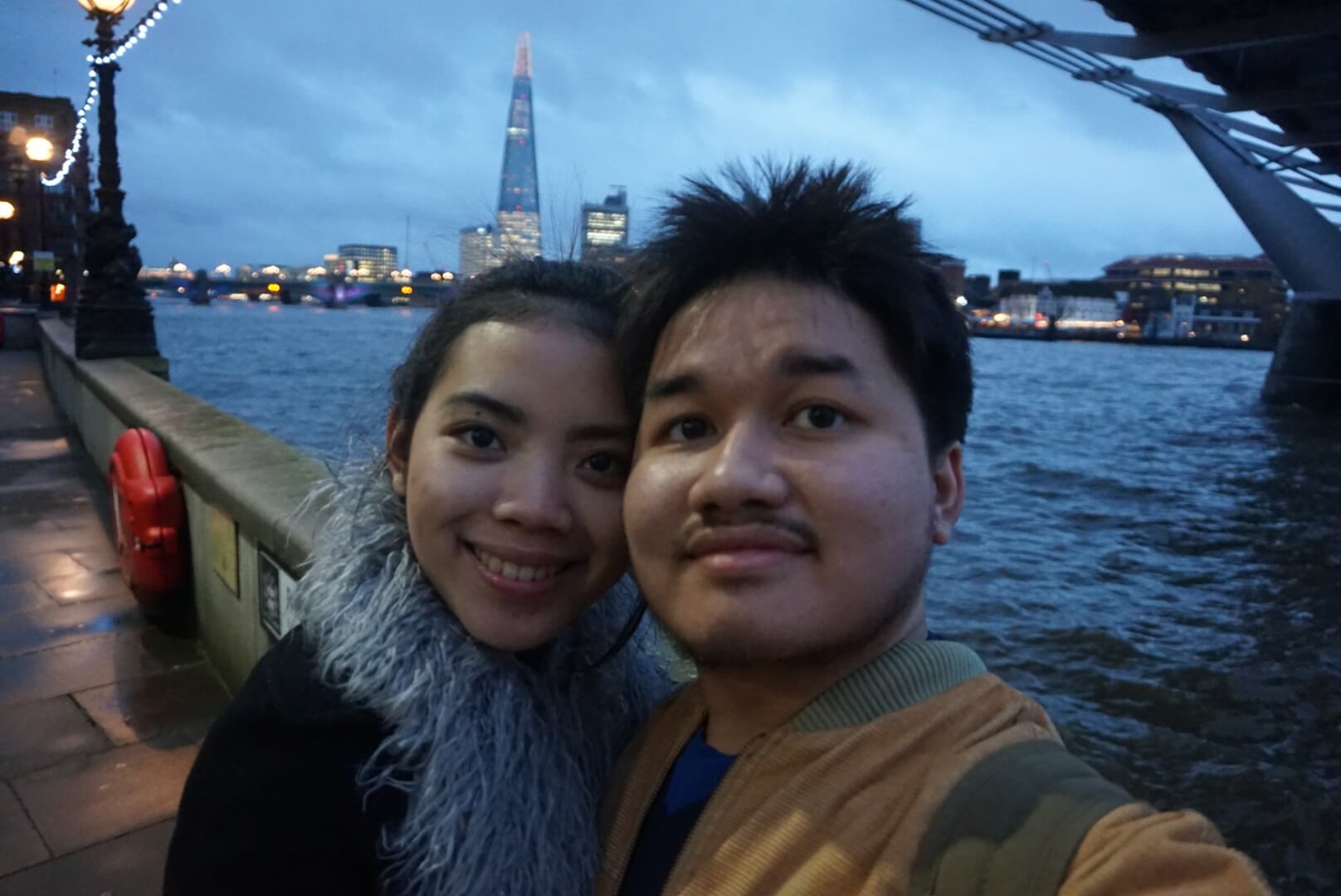 Johaan and Azlan would plan to meet during the holidays, which could be difficult to navigate considering the differing term dates at the Australian and UK universities. Source: Alyssa Johaan

When asked how they managed to maintain their relationship, Johaan tells me: “There’s no recipe to the ‘perfect’ long-distance relationship other than to simply just try.” Like Zaynah and Rabbani, they’d keep in touch through daily calls, texts, and sending the occasional care package. “We do believe that if you really want to make the relationship work, the act of compromising happens very easily,” Johaan adds.

Both Johaan and Azlan were very active in their studies, extracurricular activities, and social lives, and sometimes had a limited timeframe to speak to each other. Still, both Johaan and Azlan are thankful for the time they’ve spent apart. “Long-distance was one of the biggest blessings of our relationship,” Johaan shares. “It taught us independence, patience and allowed us to learn so much more about ourselves and each other.”

Long-distance love: more a blessing than a curse

Johaan and Azlan were finally married this January in an intimate affair. At their wedding reception, they made their first entrance as a married couple to the crooning tune of Etta James’ “At Last”.

Would have changed anything about their journey? “Nothing at all,” Johaan says warmly. “Everything that we went through over the last 10 years played a huge role in shaping the people we are today. We’ve watched each other grow, achieve milestones, and go through one hardship after another, but we wouldn’t have it any other way.” 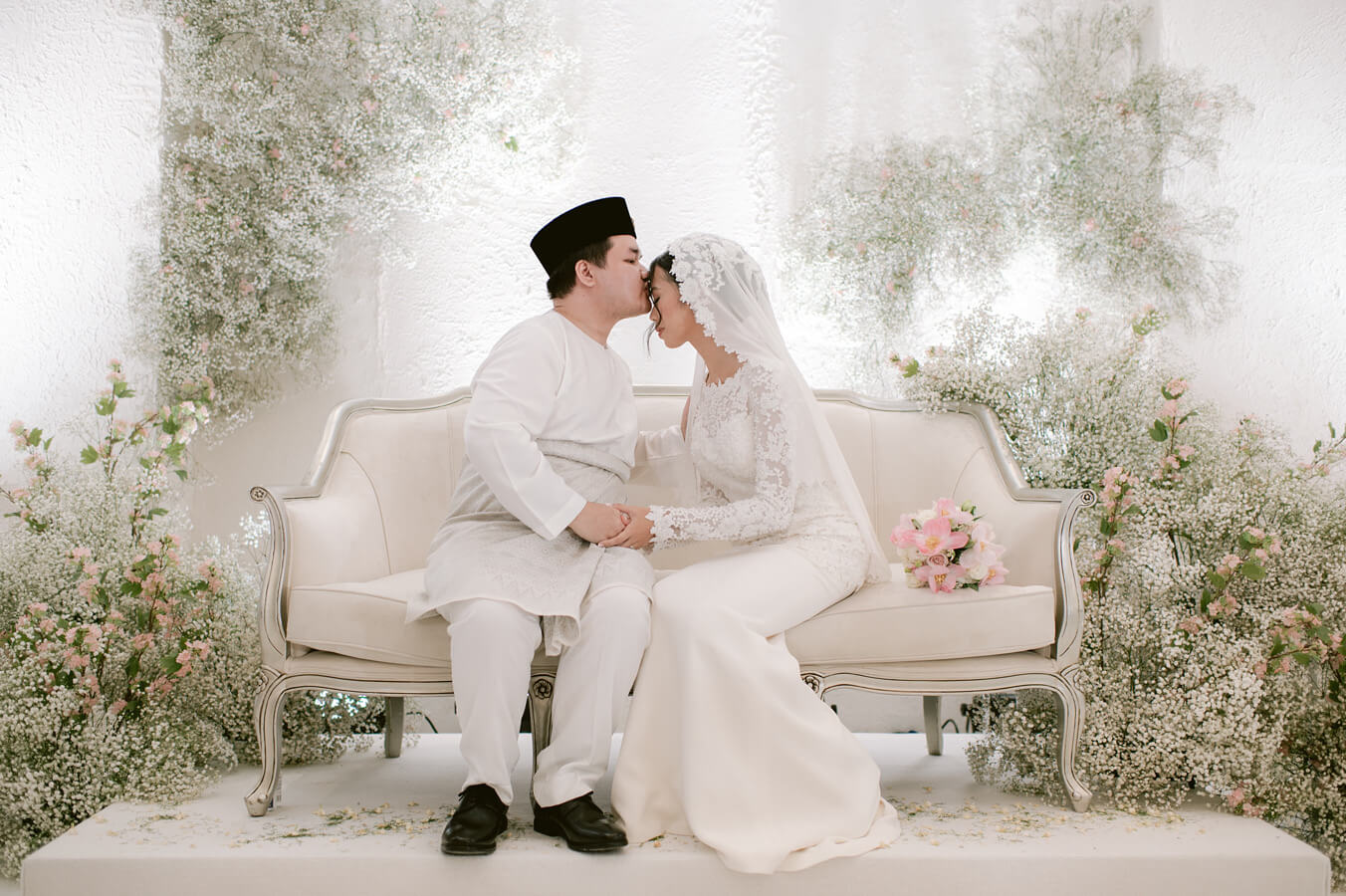 Johaan and Azlan were finally married this January, after some eight years of being in a long-distance relationship. Source: Alyssa Johaan

Their advice to other couples going through long-distance love? “Trust the process, even if time is looking far ahead. Celebrate all the little and big moments with each other and always support one another. This can be in the form of many things: leaving each other with good morning messages, surprise deliveries, sending heartfelt emails just because… in time, you will realise that the time and distance you both shared was not a challenge but rather a blessing and opportunity to build a stronger union between each other.”

Zaynah and Rabbani had a similar response. “It’s hard, as a student,” Zaynah says about long-distance love. “You know that your education is important, but sometimes, you just want to get up and leave and run to your partner. But it’s worth it, in the end, if you just stick it through.”

“I’d always think of her, through anything that I would do,” remembers Rabbani. “Through any challenges, I’d remind myself why I keep coming back to her. And I’d remember that no matter what happens, we will be together.”

The application for the 2023-2024 Fulbright US Student Program (FUSP) competition opens on...
Read more